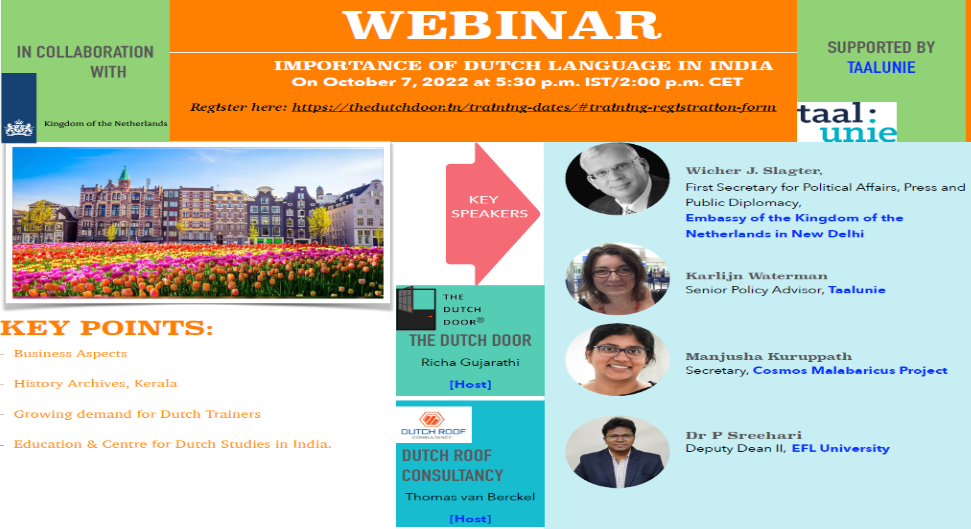 By Richa GujarathiNovember 4, 2022 No Comments

We, together with Thomas van Berckel from Dutch Roof Consultancy, recently hosted a webinar 🖥 on “The Importance of Dutch Language in India”, which was supported by the Taalunie and was in collaboration with the Embassy of The Kingdom of The Netherlands in India. The webinar has more than 3000 views and 60-70 attendees from all over the world. ☺️

The demand and importance of Dutch is far more than one can think of. With more than 200,000 Indians residing in The Netherlands, more and more students aspire to go to The Netherlands or Belgium to pursue higher studies 📚at TU Delft, KU Leuven, Maastricht University, Erasmus, Rotterdam University etc.

Suriname, a country located in South America was once a part of The Kingdom of the Netherlands 🇳🇱 and in the past, many Indians were sent to Suriname 🇸🇷to work there. With Dutch as its primary language, Surinamese are mainly people with an Indian descent. 🇮🇳 There are approximately 20,000 Hindustani-Surinamese residing 🏡in The Netherlands as per the Embassy of The Netherlands in India.

The past couple of years has seen a steep rise 📈in the number of students integrating & studying in Dutch-speaking countries, or even working with Dutch companies. There has been an equal rise in the number of IT professionals 🧑🏻‍💻getting job opportunities in Dutch-speaking areas. The last couple of years has also seen a substantial growth in the demand for nurses getting job opportunities 👩🏻‍⚕️in Belgium who require a min. of B2 level in Dutch.

EFL, a centralized English and Foreign Languages University in Hyderabad aspires to add Dutch to its repertoire with the support of the Ministry of Education. This, in turn, makes it increasingly necessary to deploy Dutch trainers with at least a Masters in Dutch language. 🧑🏻‍🏫

The new upcoming Cosmos Malabaricus Project at Kerala focusses on understanding and translating historical archives 🪐in the Dutch language. To name a few, these archives cover diverse topics related to trade, Mughal art, the Dutch East India Company [also known as VOC] 🚢 which was the first multinational company to be listed on the stock exchange.

Here is a glimpse of the webinar:🥲👇 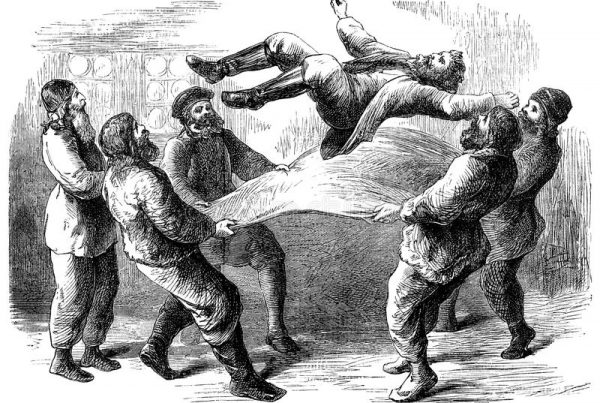 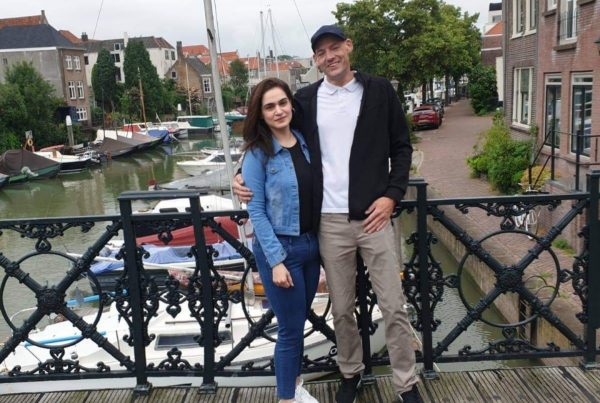