Similarities between Sanskrit, Hindi and Dutch

By Richa GujarathiJanuary 21, 2019 No Comments

History can be boring, unless narrated by Marvel Studios or in the form of a fairy tale, and I can do neither.😉 Moreover would it be impossible to sit and chalk out the family tree for languages and territories, let alone the cumbersome names that one can remember.🤦‍♀️ Though languages and words are said to have developed from gestures, signs and carvings on the walls of caves etc., distance was also directly proportional to the number of languages. It is also assumed that several flavours were added to one base language carried along by people travelling to different corners.🏇

Since centuries, philologists have been trying to find out one common language which was first spoken on earth and from where all the others stemmed. Greek, Latin, Sanskrit, Hittite, Tamil, Egyptian and Hebrew being amongst the oldest.
Sanskrit, known to be the languages of Gods🙏 and the lingua franca in many parts of Asia, is one of the oldest languages in the world. Our Bhagavad Gita, the four Vedas (i.e. Rig-Veda, Sama-Veda, Yajur-Veda and Atharva-Veda), the Upanishads and the Puranas are also composed in Sanskrit. Hindi being a descendant of Vedic Sanskrit was called Hindustani earlier, i.e. a combination of Hindi and Urdu. But with the partition ⚔ of India and Pakistan, Hindi became the official language of India and Urdu of Pakistan respectively. Apparently, Sanskrit is also considered to be the perfect language for computers taking into account its 52 letters and grammar. Panini’s composition of Ashtadhyayi, a reference elucidating the grammar of Sanskrit, has been revered by several researchers and scholars.👨‍🔬

Let’s have a look at some similar patterns: 👩‍🏫💻

1. The Dutch words naam and plural namen meaning name/names are similar to the Hindi नाम and Sanskrit नामन्.
2. Moed meaning courage can be related to the Hindi मुट्ठी and Sanskrit मुष्टि.
3. The Sanskrit equivalent of broeder and the German word bruder which means brother is भ्रातृ.
4. The ‘p’ of pater in Greek and Latin changes to ‘f’ of father in English, which is vader in Dutch and पितृ  in Sanskrit.
5. मरण meaning death in Sanskrit and moord meaning murder in Dutch can be related.
6. Sixty in English is zestig in Dutch and षष्ठि in Sanskrit.
7. Pad in Dutch, which means path in English is पथ in Hindi and Sanskrit.
8. Similarly, mid in English is equivalent to मध्य  and midden.
9. Then we have वाहन  meaning vehicle or wagen in Dutch.
10. विधवा  in Sanskrit can be related to widow in English or weduwe in Dutch.
11. Lastly, the month februari is quite similar to the Sanskrit फरवरी, but with a little longer ‘a’ pronunciation in Dutch.

Hindi as a base to learn Dutch:📚 🏫

Dutch that also belongs to the Indo-European branch of languages is a west-Germanic language. The term is said to have descended from a hypothetical and reconstructed Proto-Indo-European language which was estimated to have been spoken during 4500-2500 BC. 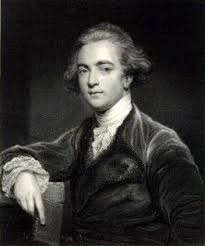 It was Sir William Jones who was widely known for his proposition that a relationship existed between the European and Indian languages. The term Indo-European languages then came into existence. Proto-Indo-European language was considered to be a common ancestral language that might have been in use before the term ‘Indo-European languages’ that was first used in 1813 by Thomas Young. Dutch is said to have descended from Old Frankish which is then said to have evolved into Old Dutch. Though there are not many writings in this language, a few old fragments are:
‘Hebban olla vogala nestas hagunnan hinase hic enda thu uuat unbidan uue nu’ (Alle vogels zijn nestjes begonnen behalve ik en jij, wat wachten we nu). It is said that the oldest possible Dutch writing is ‘Maltho thi afrio lito’ (Ik meld je: ik laat je vrij’) which dates back to the 6th century law code.

Apparently, the North Sea Germanic or Ingvaeonic dialects were spoken until the 5th century in major parts of The Netherlands and Belgium ̶ old Frisian being one of them. There are still some traces and signs to be found in Frisian. However, with the migration of the Angles and Saxons to England, this language use was also withdrawn eventually and was replaced by Continental West Germanic, giving rise to Old Dutch ̶ also known as Old Low Franconian ̶ which in turn evolved into Middle Dutch. This gave rise to Standard Dutch in the 16th and 17th century.  Interestingly as per the Max Planck institute of Nijmegen, a research reveals that the Indo-European languages are said to have originated from Anatolia which is the present-day Turkey.😥

Built with love in India
Copyright © 2020
All rights reserved.